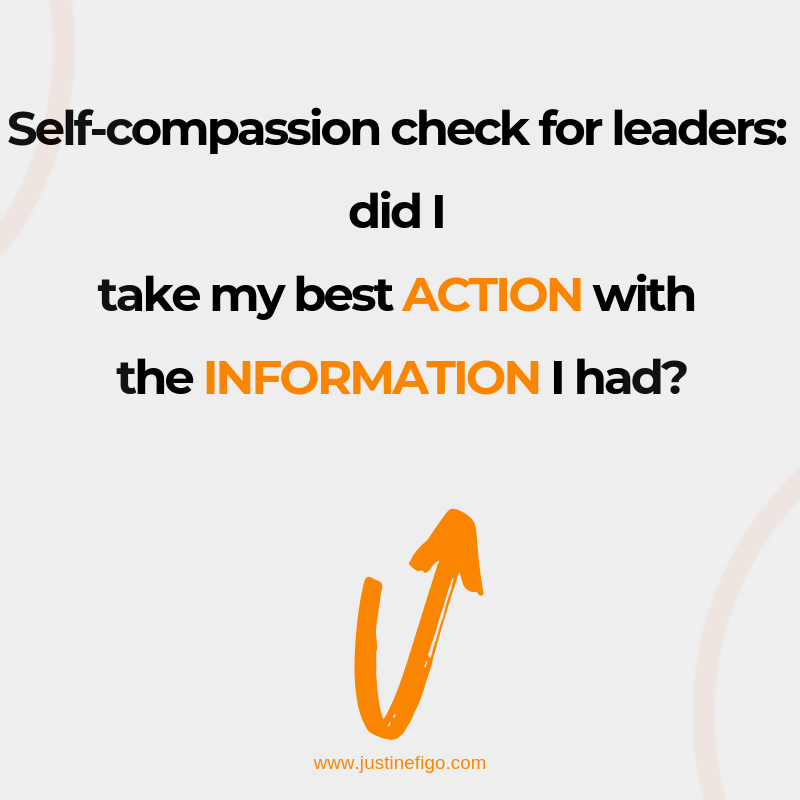 My colleague was unable to sleep

He was working harder than ever. “I’m worried that I can’t do it” he said to me. “I’m pretty sure I’m failing”.

Actually, he was one of the best people for the role.

Actually, he wasn’t failing at all.

Like many, he was RESPONSIBLE for results that he COULDN’T control.

At the same time, he was surprised by how much he could INFLUENCE.

He COULD control exactly what he DID to influence others.

Once he focused on what he could do to influence, things started to shift.

He started to sleep better. After a while, the results did follow

Failure is rarely an outcome or a result.

Failure usually happens when you forget to do the best YOU can with the INFORMATION you have at the time.

When you step back, you almost always find, you have done the best you can with the information you have. The point is to learn – to have the best information for next time.