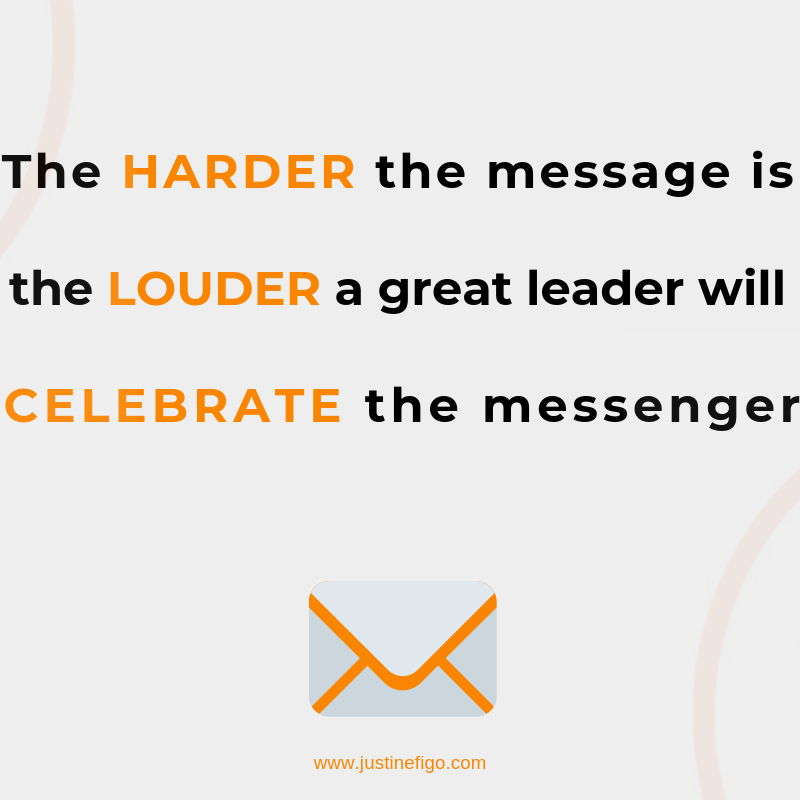 Until, one day, a colleague sat me down & told me what everyone else knew. It was horrible. I was shocked & embarrassed. Surely, SHE was the one who was mistaken?

Once I had time to get used to things however, I realised:

Actually, the last point was what really struck me. What my colleague did for me took courage. She didn’t have to have the conversation. She did it because she cared about me.

That’s doesn’t mean you should agree with every piece of feedback. A lot of the time, people think they know what is right, but they can only give you THEIR perspective.

Only YOU know what’s right for YOU.

But someone who shows an intention to put YOUR success & well-being above their OWN comfort, well, that person should be treated like gold.

ESPECIALLY if you are in authority, STOP. When someone tells you something you don’t want to hear, don’t shoot that person down. Don’t shut them up. Don’t blame them for the situation. Thank them for their generosity.

That the beginning of a great culture.

In fact, this is such an important point that in his best selling book, Principles, multi-billionaire investor, Ray Dalio’s make it his number 1 principle.

Likewise, Bill Gates, owner of most of the world, chose to devote an entire Ted talk to the topic of what else? “Teachers Need Real Feedback”.

There are many ways to create an environment where people feel safe giving and receiving feedback. A few top tips include:

If hearing the hard stuff is hard, it’s MEANT to me. We ALL struggle with it. Don’t assume that the struggle makes it negative. Sometimes, the struggle is a sign it matters more. If it was hard for you, then check in. If the feedback is genuine, chances are, it was hard for the other person too.

Do you need an experienced facilitator for your next offsite to lead a courageous conversation? Email me at hello@justinefigo.com

Justine GETS IT. She spent the better part of a decade embedding People & Culture for up to 35,000 people across 640 locations in a Fortune 500 Company. Justine has
coached, trained and presented to thousands of people. She has practiced (quite
well) as an employment lawyer. Justine has been accepted as Fellow of the Aust
HR Institute – placing her in the top HR professionals in Australia,

She has LIVED brilliant and bullying coworkers, career politics, toxic leaders & truly
transformational cultures. It comes down to this: choose courage. That’s the start of every action that matters. Because your productivity & profitability cannot exceed the capability of your people.

Oh yes, most of the time, she’s quite nice too.

“There’s no point in speaking up. No one will listen to me anyway…”

So many of our POTENTIAL big leaders go UNNOTICED or UNDER-APPRECIATED. Why? We DON’T listen to their opinions… We DON’T encourage them to speak up. We DON’T give them the language they need to be understood. Then we ASSUME that they cannot be BIG thinkers We end up with DISCONNECTED teams with UNTAPPED potential. Give […] 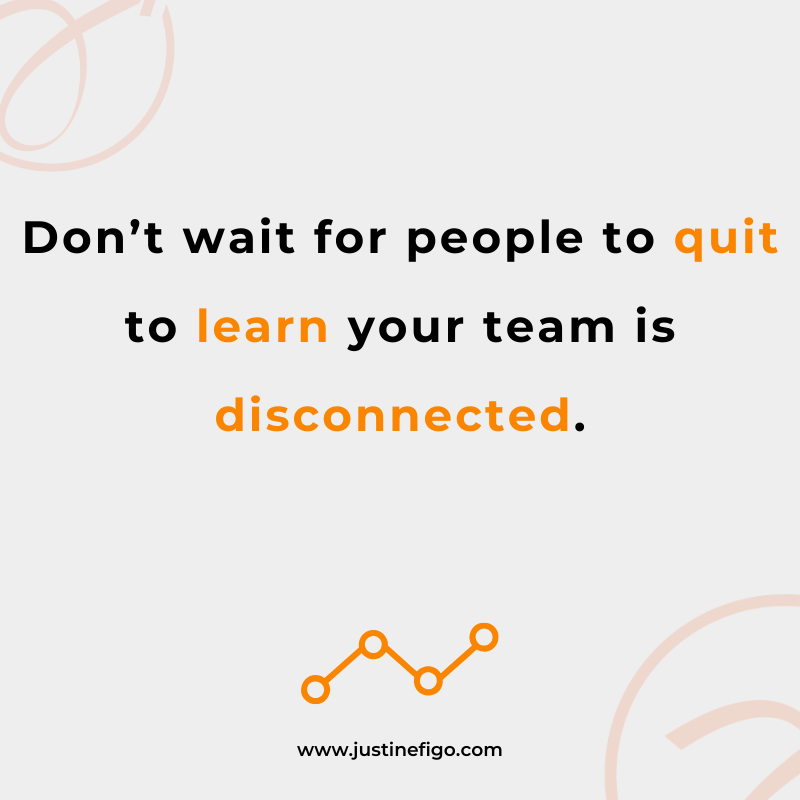 My colleague resigned. Her boss was shocked!

Should you start by telling people what to do?

Why was this person TELLING us what to do? Yes, he had a BIG title. Yes, he had LOTS of responsibility. But still. He DIDN’T understands what he was talking about. NO ONE expected him to have all the answers. So why did he PRETEND to know it all? It was NOT going to get […]